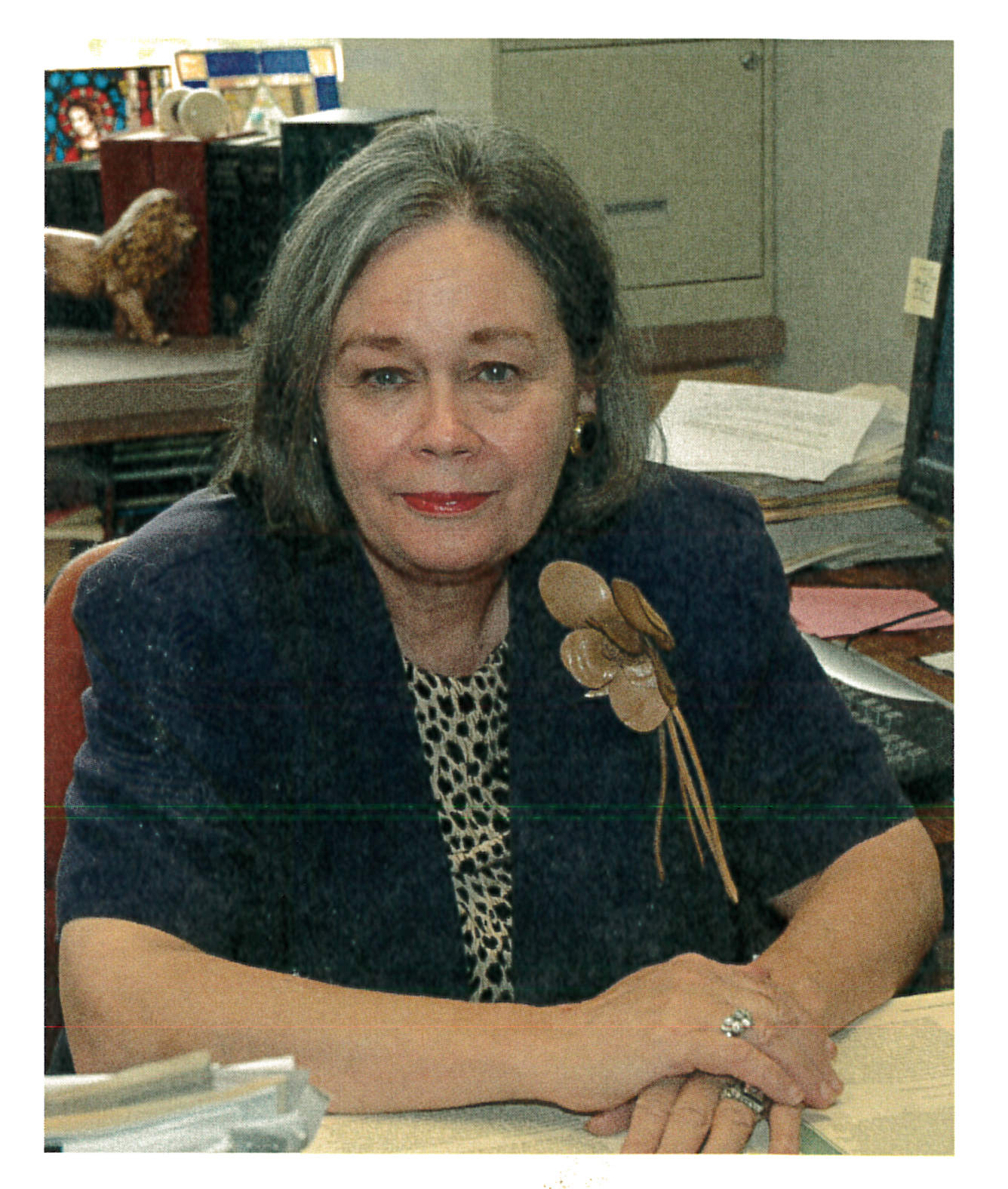 Dr. E. Deanne Malpass (23 February 1938 - 11 March 2019) taught British History at Stephen F. Austin State University for fifty years until her death. She earned her Ph.D. from Texas Christian University (1969) after working as a stewardess for United Airlines. Her annual offerings of the Vikings, Tudor England, Britain Between the Wars, and the Western Civilization classes filled quickly. It was not uncommon for students to leave thank-you notes on her office door years or decades after their graduation. She expected excellence from her students, her colleagues, and the university and Dr. Malpass was willing to do what was needed to make that happen. After obtaining tenure, Dr. Malpass completed law school (1985) and was a practicing lawyer for over thirty years, often helping women and hourly workers with personal and employment problems. She was justly proud of her role in bringing the Magna Carta to the SFA campus in 1984 and then hosting former President Jimmy Carter in 1989. Over the years Malpass mentored many undergraduate and graduate students, including Gretchen Patterson, M.A. who worked as Dr. Malpass's graduate assistant and then general aide for several years. Malpass also was on hand to lend sage advice to newer faculty members including Dr. Perky Beisel.

Dr. E. Deanne Malpass traveled extensively through Great Britain, western Europe, and elsewhere during her schooling and later as a professor conducting research. During those trips that began in the 1950s and continued through the early 2000s, she took photographic slides of historic gardens, sites, structures, and buildings. In fact most years she completed her grading while flying to London or Paris after finals. For fifty years Dr. Malpass used these slides in her daily lectures and research. It was only in the mid-2010s with the help of Gretchen Patterson that Malpass began to accept digitization! We are providing these images to document Malpass's research interests and travels. She often returned to the same places numerous times over the decades. We hope that architectural scholars, historic preservationists, heritage tourism managers, and others will find these slides of use as they consider the changes in the built environment.

We fully anticipate that a certain portion of the slides are mis-identified (Dr. Malpass was NOT one for labeling slides), flipped horizontally, or wrong in some other fashion. Simply email us and let us know and we will update the metadata. While we have researched these slides as much as possible, we felt it was of greater importance to get them processed, digitized, and accessible. Special thanks to Morgan Briles, Collection Development Librarian, for helping us with bepress and Dr. Troy Davis, chair of the History Department at the time of Dr. Malpass's death, who approved and encouraged this project.