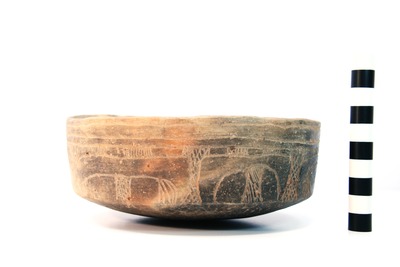 INTERIOR SURFACE COLOR: dark yellowish-brown; fire clouds on the rim, body, and base

EXTERIOR SURFACE COLOR: brown; fire clouds on the rim and base

BASE DIAMETER (IN CM) AND SHAPE OF BASE: 9.5; circular and rounded